Everyone should Visit some most powerful Spiritual places on the Earth. Take out some time to find the best part of yours. It will help you to refresh your mind and your soul too. Also, visiting spiritual places will help you to increase your knowledge and understanding. Taking out some time for yourself is not a crime, isn’t it? Go explore yourself, enjoy the child in you, and get attached to God.

So, Are you thinking about renewing your spirits and feeding your soul? But choosing a destination gives you a headache?  And thinking about what are the best spiritual places on the Earth. Then you’re at the right platform. There are many Spiritual Destinations, you can choose according to your place and comfort.

Some Most Powerful Spiritual Places On The Earth To Visit

Borobudur is the greatest Buddhist monument on the island of Java, Indonesia.  It was made at the end of the 7th century AD  and the beginning of the 8th century AD.  Lava rocks are used to construct this large monument and cover an area of about 55000 square meters.  With a Lotus-like structure, As Lotus is one of the symbols of nayeBuddha. It looks like a 3D model of our universe. Also has 10 levels of construction which consist of 92 Dhyani Buddha statues.

The Buddha’s spiritual place in Indonesia taught three steps of knowledge. First, The man under the negative impulse. Second,  the man is under a positive impulse.  And the third one is that man is no longer influenced by physical or ancient Desire.

The people believe that through meditation and good hard work, they can achieve the perfect wisdom which surmounts all needs. Then, Borobudur is the place where you can find peace in yourself.

Varanasi is “the spiritual heart of India”, and the oldest city in India. This oldest city of Uttar Pradesh settled on the bank of India’s spiritual river Ganga.

Varanasi is one of the most sacred places for Hindus. People believe that it is the only place in India where their passed loved one’s soul is free from the cycle of rebirth and united after death.

Banaras ghats are the center of the city at the bank of the river. Also, this city leads with many ghats which have different purposes. Some Ghats are Manikarnika Ghat, Assi Ghat, Dasaswamedh Ghat, etc.

In the morning, people take dips in the Holy River to wash their sins. And at night, priests start prayer of Ganga Arti and people enjoy being a part of Ganga Arti. They offer fresh flowers and floating diyas in the river.

You will find numerous Sadhus(Holy men)chanting mantras and giving blessings around the Ghats. This place is everything in India. So, a large number of tourists are attracted to this place every month. As they found that Varanasi is one of the spiritual places on Earth.

Cape Reinga is known as Te Rerenga Wairua and is located on the North Island in New Zealand. Two large water bodies, The Tasman Sea and the Pacific Ocean are meet together at the end of the Aupouri Peninsula.

It is the most prominent place of spiritual relaxation in New Zealand. People believe that the spirits of their passed loved ones gather at Spirits Bay before approaching the headland.

The lighthouse is the best spot where you can see all the angles of view. But unfortunately, it is not publicly open. The weather is so unpredictable because it is so beautiful. This is the place that you loving it

The Camino de Santiago is a trail in Spain. People used this trail to reach Santiago de Compostela (pilgrim city). Where local people believe that at this place where Saint James is buried.

Later on, the trail became very popular because many Christians believed in the Camino trail. Some Christs believe that by walking on the trail, it would be spared purgatory after death. Today, many people are visiting because of the spiritual hiking trail in Camino de Santiago.

It represents the history of Rome. The best time to visit Camino de Santiago is in July and August. Because they’re the hottest month which is perfect for walking. If you visit in a group and want a milder temperature then the best time is May, June, and September. Also, all seasons are recommended for you to make your journey any time. But not recommended for the Autumn season cause it can be very wet and cold. And the Winter season brings snow and minus temperature.

Bodh Gaya or Buddha Gaya you can be called by any name This town is based in Bihar state, India. It is located west of the Phalgu River and tributary of the Ganga River. It is also known for the holiest Buddhist temple (Mahabodhi Temple)and a famous pilgrimage destination, both for Hindus and Buddhists.

You know, Bodh Gaya is the fourth main pilgrimage spot related to the life of Gautama Buddha and the other three are, Lumbini, Sarnath, and  Kushinagar.

The Bodh Gaya pilgrimage season is from September to January. You can go there anytime but except for the rainy months July, August. It also has a large crowd the whole year.

Machu Picchu is an ancient site located northwest of Cuzco in Peru and has impressive architecture and engineering. There are two sharp peaks: Machu Picchu, the old one, and Huayna Picchu, the new one. The ruins of Machu Picchu reveal several mysteries of the Inca Empire and some are still awaited.

Places where you can visit Machu Picchu such as archaeological complexes, squares, temples, water fountains, monuments, and residences.

The tourist attraction is located on the top of a mountain in the middle of a tropical forest.

You should visit there, one of the most famous destinations in America.

Stonehenge is one of the most iconic monuments and wonders of the UK. Though visiting Stonehenge is going to be an unforgettable experience for you. This is still a puzzling case for years.

Because this ancient monument formed a complete circle of vertically standing stones.

Many archaeologists believe that each stone of approx 25 tons comes from nearly 30 kilometers away. But the question is how they were transported from such a large distance? And for what motto it carried behind?  Where many people treat Stonehenge as a spiritual site.

Today, visitors traveled to this site to feel the powerful energy and healing therapy. You should visit there to see one of the world’s wonders.

Everyone loves to visit different destinations and wants weekend getaways in California, London, or other states or countries according to you. You travel to many destinations because you want some break from your busy work schedule. 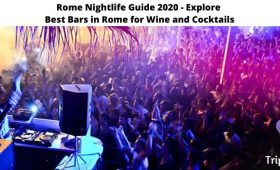